Castelo de Sao Jorge (or St. George’s Castle) is one of the major landmarks in Lisbon and sits on a high hill overlooking the entire city. The first fortification were built on the hill in 48 BC, and later a massive fortified citadel was built by the Moors, until 1147 when Christian forces conquered it in the Second Crusade. In the following centuries the citadel was extensively renovated and redesigned and extened to have 77 towers and a perimeter of 5400 m/17700 ft. 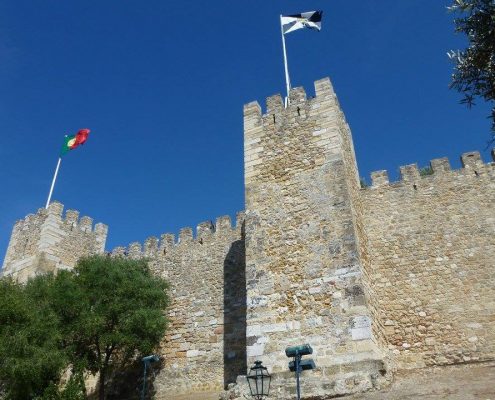 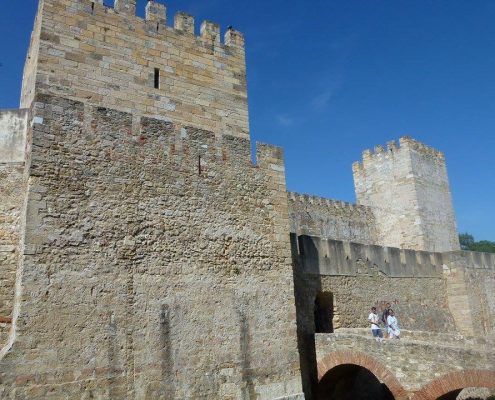 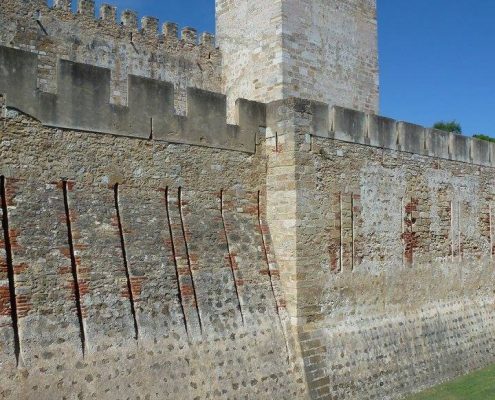 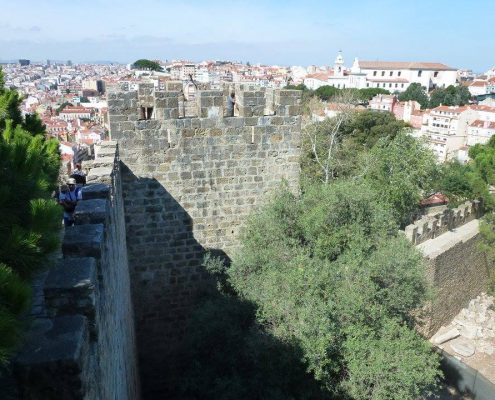 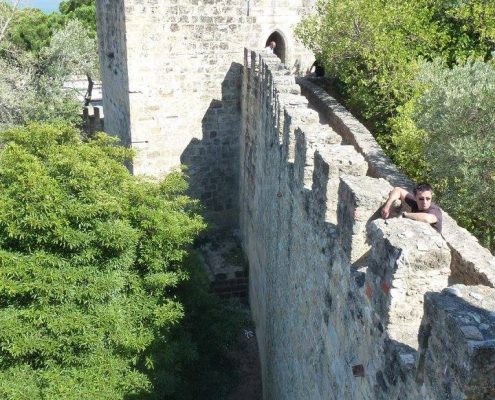 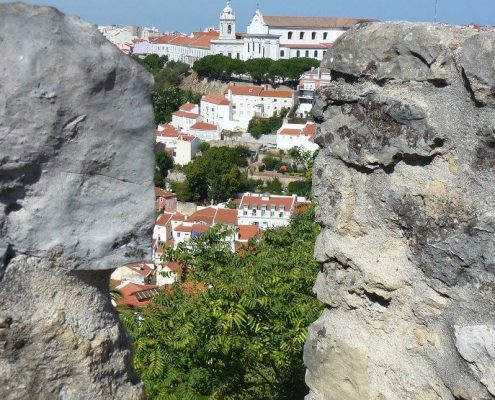 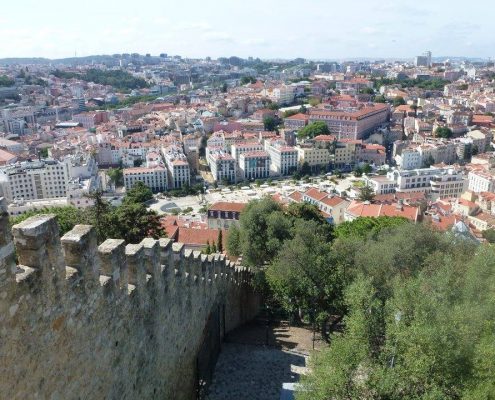 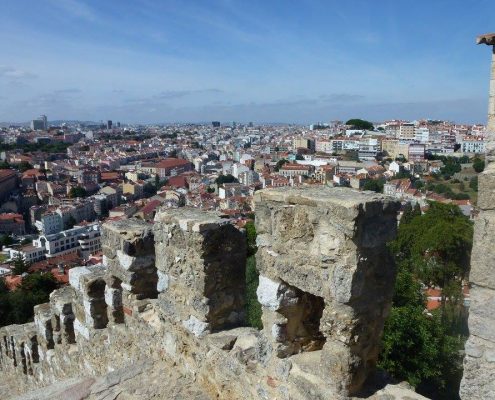 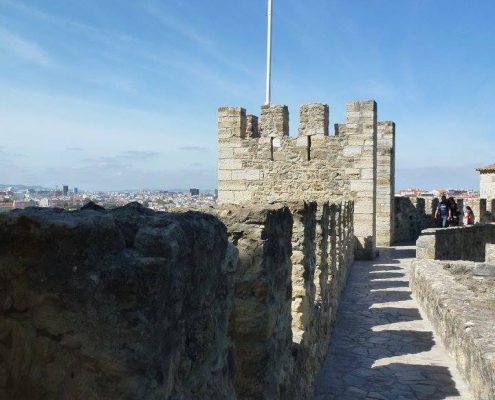 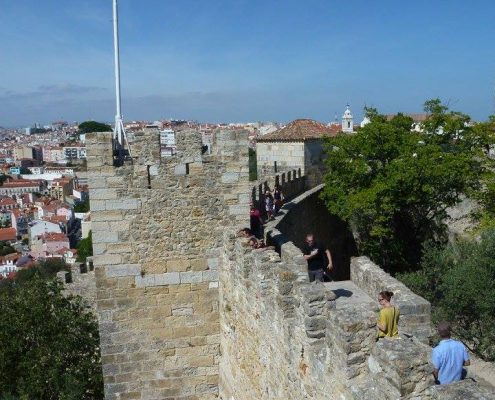 Maps were disabled by the visitor on this site.